The Curse of the Ancient Ring

It was time now to get more money, my rent was due next friday and I needed to buy some food, the good thing is that I am a damn good shoplifter. I already had the eye set on a small pawn shop in town, I had already been there and I saw a really nice looking ring, but more than nice looking, it looked to be expensive, exactly what I needed. I just had to steal it and pawn it at another shop, easy.

The day of the heist came, and I was prepared, I went to the shop and I did probably my best job ever, I managed to steal the ring while no one could see me, I saved it in my jacket’s interior pocket and left, I had it, now I needed to take it to the other shop, which was almost on the other side of the town, and since I didn’t have a car or any way of transporting quickly, it looked like it was going to be quite the long walk.

Walking such a distance was no problem to me, but I could feel something was off as my walk kept going, I could hear the ring… Calling to me… Tempting me to put it on, it was frightening, and the more I walked, the more willing I was to put it on.

After a while of trying to resist the urge to wear the ring, I thought- “Why not? I can always take it off when arriving at the shop…” -and I took it out from my pocket, and put it on one of my fingers- “I hope that calms down this urge to wear it” -I said to myself, dreading that something would happen since the whole deal was kind of shady and creepy, and well, something did happen.

Just a couple of minutes after putting the ring on, my body changed, my limbs shrank and got a more feminine figure, as well as my waist caved in, my hips grew out and my thighs became thick yet toned, my legs also got very toned and long, and my ass grew into a round bubble but as it filled with fat. My genitals also changed, and transformed into a tight pussy. My chest grew bigger and bigger, and my nipples perked and poked through my shirt, letting to sight a nice pair of DD boobs, my face changed and became more feminine yet it also had kind of an airheaded look, my brown hair grew longer until it reached my shoulders. All these changes happened in a matter of seconds, I became a girl almost instantly. 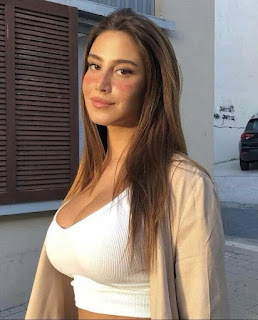 I have to mention too, that my clothes also changed, my shirt became a white top and my undershirt became a bra, which cupped my boobies really good, and with the help of the low cut of my top, a very sexy cleavage could be seen from it. My jeans became tighter as they became women’s jeans, with their tightness showing off my round booty, and my shoes turned into a pair of pretty boots with a short heel. I checked out my new body in both fear and surprise, I never wanted to become a woman, and yet there I was, with boobs hanging from my chest and long hair cascading down my neck, my first and most logic thought was to take the ring off, but as hard as I tried, it wouldn’t come off, I was afraid of being stuck in this form, and as I thought about the next most logic option on the table, I just could say- “Fuck”.

I thought that the best way of having a change to turn back to normal, was to return to the shop I stole the ring from and ask for help, it was going to be a torture, both because I would have to admit my crime, and because I had to do another 30 minute walk until there.

The more I walked back to the shop, the more I kept changing, my boobs became bigger yet perkier with every step, my lips puffed more and more, my legs became even more toned, and my ass also became bigger, but less bouncy, almost like it was fake. My clothes also kept changing, they became skimpier by the moment with the cut of my top becoming even more low and revealing, and my jeans becoming shorter and showing off more skin, with my heels becoming taller and thinner, clicking louder in the floor with every step, by the half of the journey back, I looked more feminine than before, I even became a blonde! 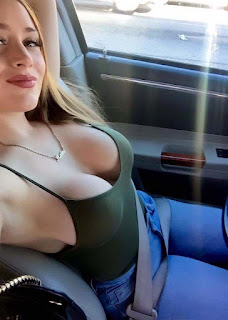 To be honest, I felt weird, my lips, boobs and ass grew more as I walked, but somehow, they bounced even less, my curves were easier to notice by the second, but it all felt less natural, like if I was developing silicone instead of body fat, as I said before, it felt weird, but also… Right…

Now that I have finally arrived at the shop, I can't remember why I was here again. My shift is going to start in about an hour and I am not ready. I was wasting time shopping once again and I needed to, like, work tonight at the club… Oh. My god! If this shopping addiction keeps going I will lose my job and I will stop having money and cocks to satisfy me! I need to, like, go back home and get like, changed into my stripper outfit before I am late! Though wasn’t I at this shop for like, something more important? Something about… Oh my god I forgot already! I’m such an airhead, this is so funny and sooo me! I better go back to my place and then to the job, this girl wants to suck some cock tonight! Heehee 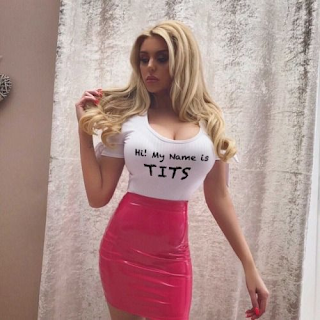 Hey! Did you like this caption? Be sure to support me on my Patreon, with any tier you'll have access to this caption and other new ones a month before their release on this blog along with more benefits! The link is on the blog's dash menu.

Popular posts from this blog 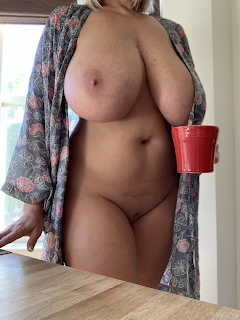 Steve sat in the counter staring in awe at his hairy and young hand, he sat still, reflecting on the events that took place the day before, it was a surprising evening for sure, he felt uncomfortable in this place eventhough this was technically his house, he kept thinking and reflecting, until he heard someone walking into the kitchen and getting a mug filled with hot coffee, he knew who this was, and he meant to talk with her about yesterday, so he turned around and found quite the view. -Heyyy... Oh my god Mrs. Thompson, could you cover up, please? I want to have a serious conversation here -Good morning, Steve - said Mrs. Thompson as she took a sip from her coffee and sat down, ignoring the request to cover up - How many times do I have to tell you?! I am not going to let someone call me Mrs. Thompson, it's either Maggie or Margaret for you! -I just think, you are a mature woman, you should be treated as such, so I call you Mrs. Thompson. Maggie closed her eyes and smiled angri
Read more 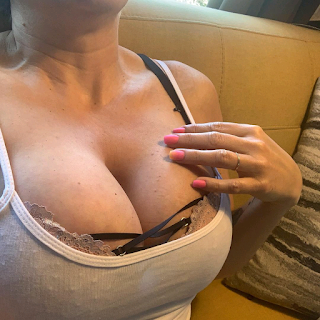 Ever since I got infected with the famous 'boob flu' virus, my life has become very hard and humiliating for a young lad like me. Ever since I saw my chest becoming a pair of A cups, I knew deeply that I should have probably avoided the crowd of people I found on the way back home from school, but I decided to ignore it, I wanted to think that maybe I was sore because of my chest day at the gym, or that it was a side effect of any protein shake or food in my diet, but when I finally became a C cup, I was already incapable of having myself cured.  When that happened I found myself at the mall buying a new set of clothes for my torso in general, the new weight in my chest was practically making me do it, I then found myself a week later doing the same thing because now I was a DD cup, and the expansion didn't stop until I had become a G cup titted guy in girly clothes. The worst part of the boob flu is how easy it is to get infected with it, you just need direct friction with
Read more 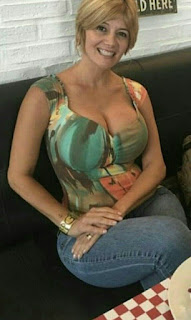